Holocaust denial – what & why? 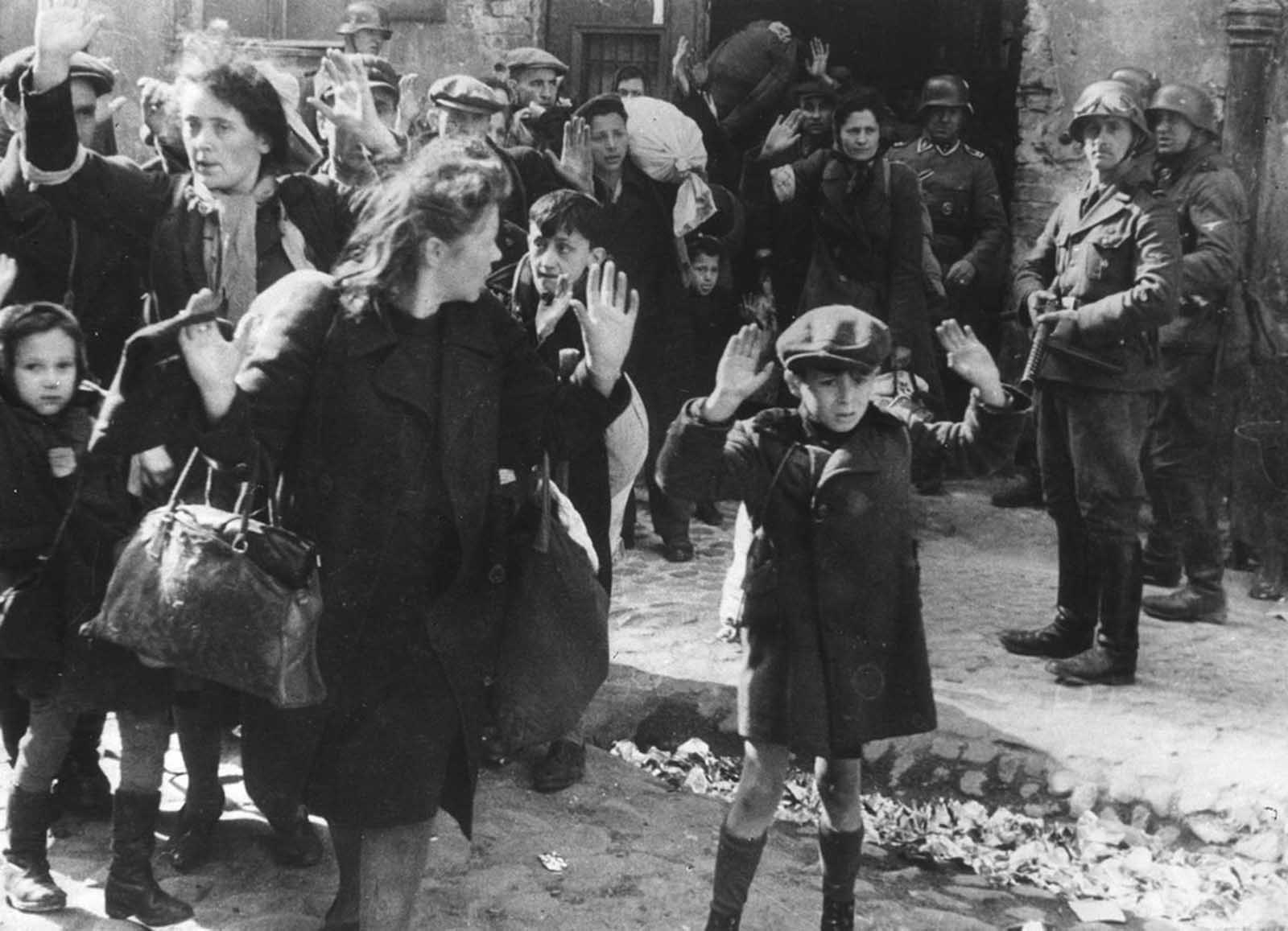 What do deniers* say?

* They refer to themselves as ‘revisionists’ 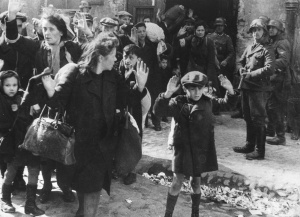 Why deny it happened?

“Understanding the Third Reich is essential. Hitler often didn’t write orders down and many of his subordinates who were involved (in the genocide) knew full well that history would not look kindly on them, so neglected to write things down and, when they did, often spoke in ambiguities (there was a particular bureaucratic way of writing in Nazi Germany which facilitated that.) (See Ian Kershaw’s analysis of Hitler’s governing style). A key aspect to Holocaust denial is people’s ignorance of this, and acceptance of the myth that Nazis were hyper bureaucratic and well organised. It’s also important to note that the Holocaust was meant to be done in secret (see Wannsee conference). This meant that plausible deniability was woven into the Holocaust, providing plenty of grey areas and a fragmented paper trail that gave people like David Irving the ammunition they needed to argue that the scale of the killing is exaggerated or that it never happened at all.”

SS-Obergruppenführer Reinhard Heydrich called the meeting, in which he outlined the deportation of European Jews to extermination camps in Poland where they would be systematically murdered. Six months earlier, Hermann Goering had ordered Heydrich as his second-in-command to submit plans “for the implementation of the projected final solution of the Jewish question”. Heydrich was a trusted member of the Nazi elite, and had been referred to by Hitler as “the man with the iron heart”. He had already helped to organise Kristallnacht, established Jewish ghettos in Nazi-controlled territories, and command the Einsatzgruppen that were responsible for millions of Jewish deaths prior to his planning of the Final Solution. Heydrich originally planned for the Wannsee Conference to take place on 9th December 1941, but it was postponed and representatives from a variety of government ministries attended the delayed meeting on the 20th January instead. By this time hundreds of thousands of Jews had already been killed in the east, and the planning and construction of extermination camps had already begun. The meeting was, therefore, more to ensure coordination between the various government agencies in implementing the deportations. Minutes from the meeting survive as what is known as the Wannsee Protocol, although the language was edited so that mass extermination was never explicitly recorded.

Q: Since there is no written order linking Hitler with the Holocaust, is it possible to argue that all of this might possibly have been originated at the Himmler, Heydrich level? Originated by them in the hope of pleasing Hitler? How certain can we be that Hitler is ultimately responsible for the Holocaust?

SIR IAN KERSHAW: Well, he’s the head of that state so could be regarded as having overall responsibility for what happens in that state. In particular in that type of leadership state where the leader’s word is actually taken more or less as law. But actually it goes beyond that, because it’s not just a matter of Hitler’s rhetoric and the fact that, as the death camps are involved in their grisly business in slaughtering millions of Jews in 1942 and ’43, Hitler actually repeats his so-called prophecy*, publicly, on several occasions. But even that then is a rhetorical statement you could say. But beneath that then there are things which everybody from Himmler downwards says – he speaks about a commission, he’s following up a commission, he speaks about – as always people do – about following the wishes of the Fuehrer and so on.

This is a regime that doesn’t write down things – Hitler is a very un-bureaucratic type of leader so what you will not expect from this is a set of cabinet minutes where Hitler has said ‘right, now I’m taking the decision here and now to exterminate the Jews.’ It just simply didn’t work like that, but Hitler’s fingerprints are all over all the main steps in that. And also when it comes to all the crucial steps, such as deporting the Jews from Germany to the East into the Lodz Ghetto for example, the deportation of the Reich Jews could not be taken without Hitler’s authorisation. The imposition of the yellow star on the sleeve of German Jews in September 1940 couldn’t happen unless Hitler approved of it.

So all these steps also needed Hitler’s authorisation and approval, so it is actually just stretching credulity too far to believe that in this absolutely critical development of moving to all out genocide, where Hitler’s been speaking throughout his entire career about the need to destroy the Jews, that this somehow happens without him approving of it, authorising it and just not even knowing about it, just is not believable.

** an English historian and author whose work has chiefly focused on the social history of 20th-century Germany. He is regarded by many as one of the world’s leading experts on Adolf Hitler and Nazi Germany, and is particularly noted for his biographies of Hitler.

*the destruction of Jews throughout Europe (January 1939) 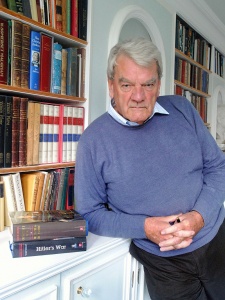 Author and self-proclaimed historian (studied physics and political economy without completing either). Anti-semite, ‘revisionist’ who marginalised himself in 1988 when, based on his reading of the pseudoscientific Leuchter report, he began to espouse Holocaust denial, specifically denying that Jews were murdered by gassing at Auschwitz. 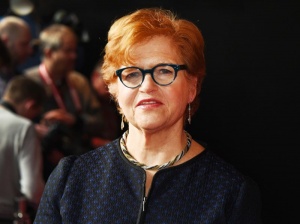 American historian, best known as author of the books Denying the Holocaust (1993), History on Trial: My Day in Court with a Holocaust Denier (2005) and The Eichmann Trial (2011). She is the Dorot Professor of Modern Jewish History and Holocaust Studies at Emory University in Georgia, USA

“No holes, no Holocaust”?

Photographs and eyewitness testimony, from both perpetrators and survivors, testify to the existence of holes in the gas chamber roofs. Further, a rigorous forensic study in 2000 has located and proved beyond doubt that they existed.

Why it is difficult to find the holes in the gas chamber roofs today?

In late 1944, the cremas/gas chambers buildings in Birkenau were dismantled and blown up by the Nazis in an attempt to erase the physical evidence of the genocide. After their demolition, the underground undressing room and gas chamber room in Cremas/Gas Chambers 2 and 3 basically turned into sunken rectangles full of concrete and rubble. The part of the buildings that housed the ovens, which was aboveground, are heaps of crushed concrete, masonry, and metal.[11]

Still, there is physical evidence for the gas chamber holes:

A rigorously conducted forensic study was done in 2000 by qualified experts. These experts were able to identify the location of three of the four holes in the badly damaged roof of Crema/Gas Chamber 2. The study found “clear signs of openings; straight cast edges in the concrete of the roof; rebar cut cleanly (i.e., not stretched by the explosion); the absence of rebar in the area within the holes; and the presence of rebar bent inwards at the edges of the holes.”[12] The fourth hole is partly hidden by a fold in the rubble that was created by the explosion; only the edge of it can be seen.

There were holes in the gas chamber roofs at Auschwitz-Birkenau. The Nazis poured Zyklon-B through these holes in order to murder their victims. The eyewitness testimony of perpetrators and survivors confirms these holes. And, photographic images taken in 1944 by both the Allies and the Germans show the hole chimneys of Cremas/Gas Chambers 2 and 3. Finally, a thorough forensic study conducted in 2000 has located and proved beyond doubt that these holes existed. The deniers’ claim of “No Holes, No Holocaust” does not stand up to scrutiny.

Einsatzgruppen: how many killed?

The number of Jews murdered by the Einsatzgruppen is much, much lower than the 1,000,000 estimated victims. These figures are impossibly large. There is no statistical basis for the claim that the Einsatzgruppen exterminated a million Jews.

The crimes of the Einsatzgruppen are the best documented of the Holocaust. In addition to survivor, bystander, and perpetrator eyewitness testimony, there is physical evidence in the form of graves and bodies. There are also photographs and a nearly complete series of Einsatzgruppen reports (of 195 reports only one is missing). At the time of the Einsatzgruppen trials, the number of Jews that they murdered was placed at a minimum of 1,000,000. Modern research has shown that it is closer to 1,150,000.

What do some Holocaust deniers specifically say?

Jürgen Graf, a Swiss Holocaust denier, maintains that: “The claimed numbers of victims of the Einsatzgruppen are impossibly large” and due to the “catastrophic lack of documentation” it is “an impossible task to give the number of Soviet Jews killed by the Germans even approximately.” Richard Harwood, an English Holocaust denier, makes the sweeping assertion that “there had never been the slightest statistical basis” for the claim that the Einsatzgruppen “had wantonly exterminated a million Jews during their operations .

The total number of people killed by the Einsatzgruppen:

Benjamin Ferencz, the Chief Prosecutor in the Einsatzgruppen trial, added up the number of victims in the 194 Einsatzgruppen reports. Some of the reports did not clearly list the number of Jews murdered. For instance, some simply stated that a town or area was “free of Jews.” Ferencz added up all the listed numbers and used the number ‘1’ for any description of murder that had no specific number. He found that the numbers totaled over 1,000,000 Jewish men, women, and children. Given the way Ferencz had to count vague entries, it is clear that the number is higher than one million.

A more recent and comprehensive study of the OSR numbers increases Ferencz’s calculations. The figures below were compiled using the Jäger and Stahlecker reports, which they submitted outside the OSR reporting process. Duplications and typographical errors have been removed. Meticulous calculations reveal the following, as of December 1942:

The total number of Jews murdered is at least 1,152,731 across the four Einsatzgruppen units and the Higher SS and Police Leaders. It is important to remember that these numbers refer to all the victims, not just the Jews, although the vast majority of them were Jewish men, women, and children.

The above number does not reflect all possible victims. It does not include the majority of the murders committed by local collaborators, under the control of the Einsatzgruppen, civil administrations, or the Romanian and Hungarian armies. Further, the figures do not include about 1,000,000 other Jewish victims from the East. Whether in the ghettos or camps, the Nazis killed such victims in different ways: worked to death, died from disease, or died from starvation. Most responsible Holocaust scholars think that the Nazis murdered up to about 2,500,000 Jews in the East.

The figures from the Einsatzgruppen and the Higher SS and Police Leaders shows that they murdered at least 1,152,731 people, the vast majority of whom were Jewish men, women, and children.

At the Einsatzgruppen trial in Hamburg, when the defense attorneys claimed the numbers were simply too incredible to be true, the court summed it up well: “To say that these figures are incredible is an entirely credible and sane observation. This whole case is incredible. This is the case where the incredible has become the norm.”