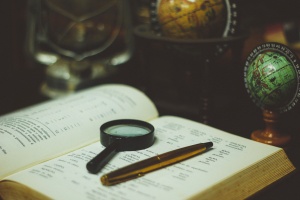 individuals who are interested in and regularly investigate pseudo-scientific and paranormal claims from a responsible scientific viewpoint.

The Australian Skeptics* has had a presence in Perth since the first meeting of its new branch (WA Skeptics) in July, 1984 (a history of the WA Skeptics can be found at http://www.undeceivingourselves.org/A-hist.htm).

Perth Skeptics was created as a separate and more casual group in 2009 by Kylie Sturgess, who felt that the WA Skeptics wasn’t a good fit for her. Kylie didn’t end up being able to spend much time organising events for the group, so in 2010, Sarah Clement and Nathan Cope took over this duty. The scheduled “Skeptics in the Pub” (a casual approach that has worked well around the world) and “Skeptics Book Club” were scheduled monthly and bi-monthly, respectively. In September 2014, Kylie officially left the group and went on to work with the Atheist Foundation of Australia. Subsequently, both the Perth Skeptics’ Meetup and Facebook pages were re-created. At the end of 2014, Sarah left Australia to live in the UK. By mid-2016, events had started to reduce in frequency as Nathan was no longer able to devote any time to attending meetings or organising them. However, before the year was out, Tanya Marwood had taken over. She was able to inject a new level of enthusiasm into the group and around October 2017 Tanya began organising Perth Skeptics meetings around a particular theme or guest speaker, gradually moving to the current format of meeting monthly at a set location (see events calendar.) In early 2018, the Perth Skeptics website began to take shape thanks to input from Glenn Taylor.

*Australian Skeptics dates its foundation to 1980, when James Randi, the then principal investigator for the American-based Committee for the Scientific Investigation of Claims of the Paranormal (CSICOP – now known as the Committee for Skeptical Inquiry), visited Australia to investigate water divining. This investigation was sponsored by entrepreneur Dick Smith.

For these tests, Dick Smith and others raised a prize amount of $50,000. That has since grown to $100,000, and is the basis for our challenge to anyone who claims to have psychic or paranormal powers to demonstrate their ability under proper observing conditions. For more information see https://www.skeptics.com.au/about/activities/challenge/

Randi’s visit raised a great deal of interest, not least from those wishing to continue the momentum he generated via an organisation that would investigate paranormal and pseudoscientific claims and act as a central source of information for the public and the media.

Consequently, Australian Skeptics was founded in Melbourne, Victoria, and began publishing a quarterly magazine called The Skeptic from 1981. The first chairman of this group was lawyer Mark Plummer. Dick Smith became a patron of the group, and remains so to this day.