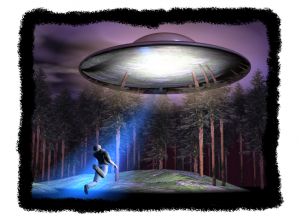 We’ll discuss Michael Shermer’s book and at last we’ll be face to face again! Get reading if you haven’t already…
In this age of supposed scientific enlightenment, many people still believe in mind reading, past-life regression theory, New Age hokum, and alien abduction. A no-holds-barred assault on popular superstitions and prejudices, with more than 80,000 copies in print, “Why People Believe Weird Things” debunks these nonsensical claims and explores the very human reasons people find otherworldly phenomena, conspiracy theories, and cults so appealing. In an entirely new chapter in the expanded 2002 version of the book, “Why “Smart” People Believe in Weird Things,” Michael Shermer explores the trend among major, respected researchers to corrupt the scientific process in support of their own nonscientific belief systems. He takes on science luminaries like physicist Frank Tippler and others, who hide their spiritual beliefs behind the trappings of science.
Shermer, science historian and true crusader, also reveals the more dangerous side of such illogical thinking, including Holocaust denial, the recovered-memory movement, the satanic ritual abuse scare, and other modern crazes. “Why People Believe Strange Things” is an eye-opening resource for the most gullible among us and those who want to protect them.
Michael Shermer is the founding publisher of “Skeptic” magazine (www.skeptic.com), the director of the Skeptics Society and the host of the Skeptics Lecture Series at the California Institute of Technology.
Why do so many people believe in mind reading, past-life regression therapy, abductions by extraterrestrials, and ghosts? What has led to the rise of “scientific creationism” and the belief that the Holocaust never happened? Why, in this age of supposed scientific enlightenment, do people seem to be more impressionable than ever?

With a no-holds-barred assault on popular superstitions and prejudices, science historian Michael Shermer debunks these extraordinary claims and explores the very human reasons people find otherworldly phenomena, conspiracy theories, and cults so appealing. But Shermer also reveals the more dangerous side of such thinking, including the recovered memory movement, satanic rituals, modern witch crazes, and ideologies of racial superiority.
Shermer concludes by describing his own confrontations with those who take advantage of people’s gullibility to advance their own, often self-serving agendas. “Why People Believe Strange Things “is not only an insightful portrait of our immense capacity for self-delusion but, ultimately, a celebration of the scientific spirit.